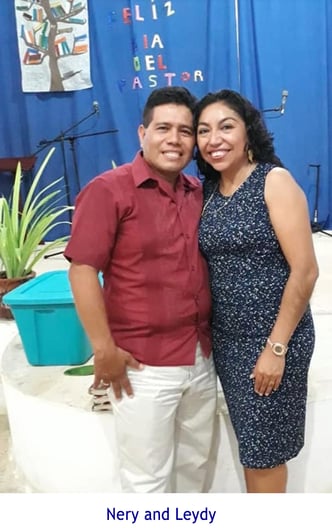 When you think of Cancun, México, beautiful beaches and magnificent resorts may come to mind. When we think of Cancún, we see something far more beautiful. We think of a little church where Pastor Neri and his wife, Leydy, serve just beyond the beautiful resorts. Visiting their home and church, you would never believe such opulence is a short bus ride away. The contrasts are huge.

Neri and Leydy have been part of LOGOI’s family for over a dozen years. We first met them as young church planters who attended a LOGOI conference led by Les Thompson. Les was intrigued by their love for the Lord and desire to reach their squatter barrio with the Gospel. The new church plant was primarily attended by those working in opulent hotels. Their congregation’s days were filled with serving those who seemingly had everything only to return to shanty homes and barrios where they had hardly anything… like running water and electricity. 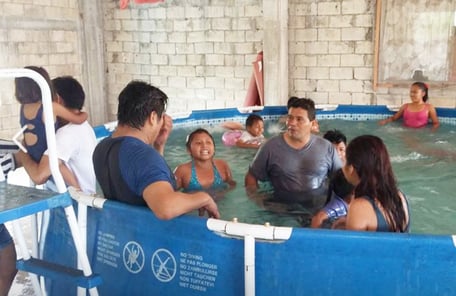 It would take a very gifted pastor and wife to lead and help a community with such dramatic contrasts. But Neri and Leydy have done that and have fit that role very well.

You may be interested to know God has blessed this little church with their own well— which was funded out of Les and Carolyn Thompson’s personal resources. It is one of the few wells in the barrio and can quickly fill a small above ground swimming pool. That little pool has been a vehicle used to attract neighborhood children and their parents to the church. Visitors meet Neri and Leydy and then, of course, are introduced to Jesus. 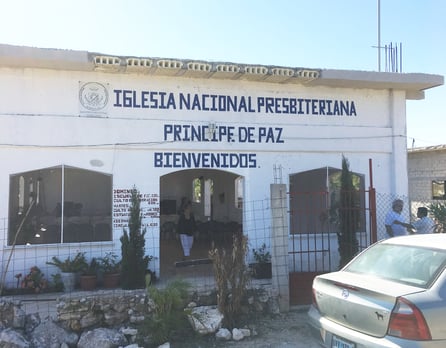 LOGOI’s Ministry continues to be a major influence in Neri and Leydy’s work. Our resources continue to help them learn, study and share with their congregation.

Neri and Leydy joyfully serve the Lord in a difficult place few of us would ever want to live or work. But God has placed them exactly where He wants them. They are two of our national missionary tireless heroes!  In all of Cancún’s beauty, this church out on the edge is one of the most beautiful of all.

Your gifts are used to help train and equip national missionaries like Neri and Leydy to help proclaim the Gospel and make disciples all over the Spanish speaking world. Now you know a little more about one of them.